Could VR Be The Next Big Thing For The Web?

Home » Blog » Could VR Be The Next Big Thing For The Web?

One thing has remained constant in the world of the web; from the home desktop computer, to the Smartphone and Tablet. All have been limited to the two dimensional space provided by screens. Even the way we interact with a website has remained largely the same, going from using a mouse to click and point to using you finger to "tap".

In the next few years companies could have the potential for an entirely new way to promote their products or services on the web - Virtual Reality (VR). 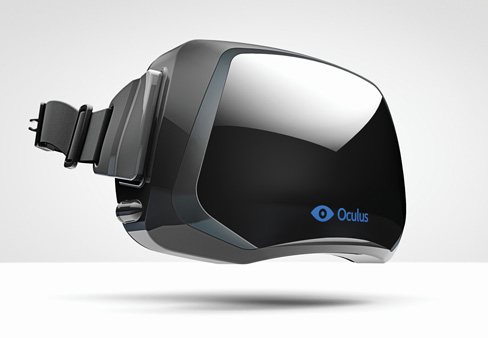 Pictured above is a prototype of the Oculus Rift. The Oculus Rift is "a next-generation virtual reality headset designed for immersive gaming" according to the company developing it. It has gathered quite the following, bringing in over $2,000,000 from over 9000 backers during its kickstarter campaign in September 2012. Although the device is being developed primarily for the video game medium, that doesn't mean it will be limited to that market. There are already projects that contemplate using the Rift to watch movies. One of these projects, VR Cinema, plans to recreate the feeling of being at the movie theatre from your home. Valve, the company behind steam, a digital distribution platform, has said they hope to use the Oculus Rift to "provide a seamless VR experience while running in Steam".

VR On the Web

I can't see a website providing a seamless VR experience like Valve is planning with steam, but If VR becomes a common household item, like the Tablet, websites could adopt this new way of interacting with computers.

Imagine amazon, or any ecommerce website. They could offer a "VR enhanced" experience on their website allowing visitors to interact with products in VR. Let's take this concept one step further; a VR store allowing visitors to walk around browsing products, and interacting with other web site visitors using VR technology. It would capture the feeling of shopping at the mall but in the comfort of your PJs at home! Another example is a car company letting you sit inside their latest sports car using VR, viewing the interior of the car as if you're sitting in it. They could even take you on a "test drive". This has the potential to be an amazing marketing tool for websites!

Personally, I am very excited about the Oculus Rift and feel when it is released it is going to have a big impact on the gaming industry which will creep into other industries. The technology to make VR immersive is here, it is the price point that could hold it back. I'll leave you with this video of people trying out the Rift Roller coaster demo, enjoy!